These questions can help you discern what you worship. What you love.

All of us are worshipping and pursuing something. More often than not, we are committing idolatry.

The Scriptures have a really sobering word for those of us (like me) who pursue other things above the Lord.

Recently I’ve been listening to and reading Hosea. This is a minor prophet that is relatively well-known, but it’s imagery and stark illustrations should catch our modern sensibilities off guard. Consider this verse for instance:

Okay. Seriously. Let that sink in.

Hosea is a prophet, a spiritual leader who would speak the very words of God to the people of God. And God calls for him to go take a whore as a wife. This should be shocking language for us to read, but it should also be shocking imagery. We have made this too cute, but we need to really sit in this.

Hosea was to take a whore (or prostitute) for a wife to illustrate God’s covenant relationship with His people.

Come on now. Is that sinking in?

God had a covenant relationship with His people.

One of them (God) is a faithful husband.

One of them (His people) is a whore of a wife.

That make you uncomfortable?

It certainly bothers me!

What God is clearly stating through the words and actions of the prophet Hosea is that when I worship other things, I am committing spiritual adultery. I am breaking the covenant between me and God. The reality is, this theme runs throughout the grand storyline of Scripture. This runs through most of the prophetic books. The church, the people of God, are God’s unfaithful wife (there’s a really good book on this subject with the same name). And yet God never forsakes us. He never breaks the covenant. Rather, he continues to love us. He ultimately sent His Son for us.

But the reality is, I am a whore (spiritually speaking). I pursue things other than the Lord Jesus. I hold things in my heart above Him. And this is reprehensible and obscene.

But despite what our modern sensibilities may want to tell us, it is inherently Biblical. This is the Bible’s view of our sin. It is nothing more than adultery against God.

Do we view sin that way?

I don’t. I trivialize sin. I ignore sin. I excuse sin. I push sin under the rug. I keep it in the dark. I treat it as normal.

Church, for us to avoid spiritual whoredom, we must take the following proverb to heart.

This verse is not about dating. This verse is not about guarding your heart from a perspective lover. This verse is about guarding your heart against spiritual adultery. Let the author or proclaimer of this proverb (King Solomon) be your warning. Despite proclaiming this proverb, Solomon didn’t guard his heart against the allures of this world, and his spiritual idolatry was ultimately his undoing (1 Kings 11:1-9 tells us the sobering tale).

Church, admit your sins. Take them seriously. Confess them. Drag them into the light. Don’t hide them any longer. Don’t be a whore. Have a heart wholly devoted to the Lord your God.

There are countless stories each and every day of well-known politicians, athletes, pastors, and entertainers falling from grace in the eyes of their followers due to the exposing of private sin. Most recent in this list is comedian Kevin Hart, who had adulterous actions caught on camera. His apology has gone viral, as has his sinful decision. Now Kevin Hart is by no means a stand-up guy, and I’m by no means endorsing any of his comedy. 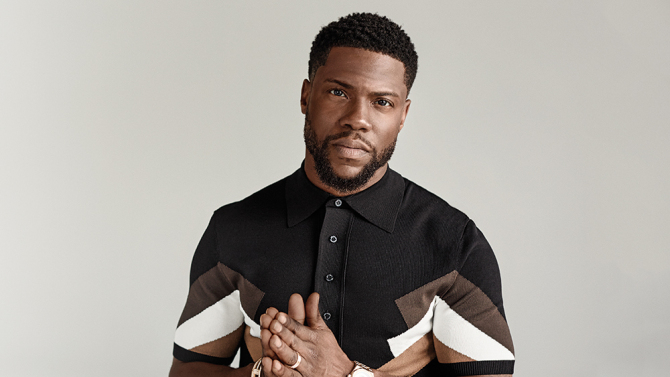 His circumstances are just another reminder that we live in a world inundated with cameras, and people carry around high-quality cameras in their phones everywhere they go. There is not really private sin anymore.

In light of God’s omnipresence, there truly is no such thing as private sin.

My sinful thoughts, words, and actions happen because of a myriad of reasons, one of them being my forgetfulness about God’s presence.

If we were truly to understand that God is ever-present with us, it would bring so much encouragement and joy. At the same time however, it would hopefully give us vigilance in our fight against sin.

There is nowhere that we can go to escape from His presence.

God fills the heavens and the earth. There is no secret place for us as humans to hide from His presence. So much of our sin struggles would be crippled and ultimately defeated if we were able to meditate upon and get this reality of God’s omnipresence into our hearts and minds.

Pornography would hold no power over the lives of God’s people if we were to meditate upon the omnipresence of God.

Domestic violence would hold no power over the lives of God’s people if we were to meditate upon the omnipresence of God.

Deception and lack of integrity would hold no power over the lives of God’s people if we were to meditate upon the omnipresence of God.

Private sin in general would hold no power over the lives of God’s people if we were to meditate upon the omnipresence of God.

Granted, it may not always be so black and white as this. Yet I truly believe that if we were to speak about, think on, discuss, pray through, and meditate upon the omnipresence of God, we would see the glistening vices of our various sin struggles become powerless against us. Would we slip-up in our thoughts and words and actions from time to time? Probably so. But the lifestyles and repeated offenses of private sins would be removed of their power if we remembered that truth.

May we be vigilant against sin.

Every single one of us would likely hate to have our sins revealed publicly and virally to the entire world. I do not envy Kevin Hart’s situation. I do know however that I am guilty of sins that I don’t tweet or post about. There are thoughts and words and actions that are grievances against God that are not public knowledge. Every single one of us is in that boat. We must understand not only the reality of God’s knowledge about our sin, but the amazing reality of God’s forgiveness for each and every one of our sins.

We should be overflowing in thankfulness. I’ll have Jen Wilkin say it better than me:

The fact that he sees all, yet, against all expectation, stands ready to forgive should awaken a gratitude of the deepest kind, a desire to be the same person in public that we are behind closed doors – a person who thinks, acts, and speaks as one who fears the Lord. A person who understands that the limitless presence of God leaves no allowance for a life of practical atheism – professing that an omnipresent God exists and then living as if he does not.

You could take the omnipresence of God and use it in a not so good way.

If I’m fighting against sin just because of the guilt and fear of knowing that God’s watching at all times, then I’m treating Him like a divine Santa Claus who I want to impress in order that I can receive good gifts from Him.

(I never thought I would type that sentence ever)

Brother or sister in Christ, there is no such thing as private sin. It’s a myth.

God is with you, so be vigilant and be confident.

– I appreciate any and all feedback and you can follow my blog below.

Six years ago today I graduated from OBU. Two days later I was ordained as a pastor.
April was a full month of traveling and preaching.
Happy Birthday Jamie Marie!
Happy Easter!!
It was hard to say goodbye today.
It’s hard to put into words how great it is to worship with other believers in other communities.
Follow on WordPress.com